Transport Media is pleased to showcase its latest multi-format transport advertising campaign, which has had a strong presence across London in recent weeks. Working with tourism organisation Visit Sicily, advertisements have been running throughout the summer in the capital promoting the ‘Island of Art’ as a destination of choice for Londoners this year. 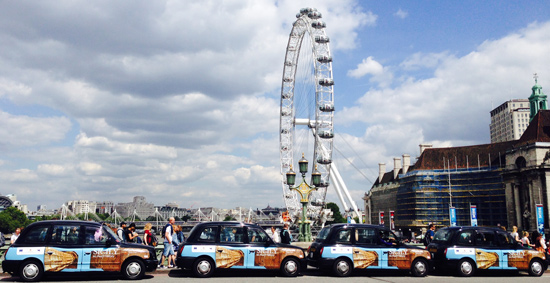 A fleet of iconic London black cab taxis have been given a fantastic facelift, with stunning superside advertisements aimed at catching the eye of commuters and residents in London by making a huge impact on the streets. The bright coloured and vivid advertisements offer exposure of the Visit Sicily brand to millions of pedestrians across London, with taxis covering enormous mileage – essentially working as effective mobile billboards promoting your creative.

Elsewhere, a range of cross track out of home advertisements have been installed across some of London’s busiest underground stations, such as London Euston, to target passengers whilst they are in a captive environment which offers high dwell time as they wait to board their train. 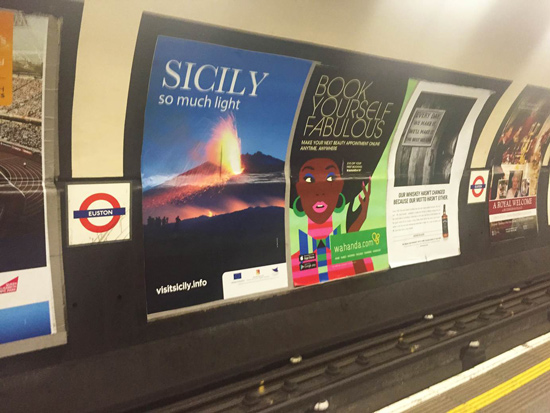 Visit Sicily is focusing on the Italian island’s beauty, history and culture in order to increase visitor numbers this year. Already regarded as one of the most attractive European destinations to visit, this latest campaign brings further interest and drives traffic to the Visit Sicily website, www.visitsicily.info.

“Transport Media is delighted with our recent campaign with Visit Sicily, with our taxis and London Underground ads making a real impact on people in London and undoubtedly increasing awareness of the island as a tourist destination. After the success of this campaign we can’t wait to work together once again in the future.”