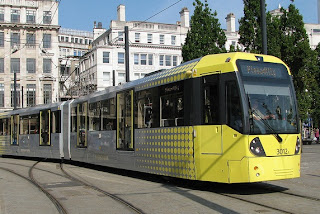 Manchester’s upgraded and extended Metrolink network has already been on the receiving end of various perks – from the novelty of Manchester City players providing announcements at the football club’s dedicated stop, to the proposed South Manchester line arriving three months early. In the latest citywide innovation, the Metrolink will be joined by the free Metroshuttle buses and a wealth of public buildings in becoming hotpots for free, superfast wi-fi.

The government’s Urban Broadband Fund named Manchester as one of the chosen cities to become part of their connectivity initiative, using the 2012 Spring Budget to allocate £100million to the thriving city, shared with Belfast, Birmingham, Bradford, Bristol, Cardiff, Edinburgh, London, Leeds and Newcastle.

Councillor Nigel Murphy explained the aim to be “one of the world’s top digital cities by 2020”, with Superconnected City plans outlining Manchester’s distribution ideas for over £10million, designed to assist job creation and enhance the city’s economy with an extensive digital infrastructure. Up to £3.65million will be allocated to a voucher scheme that gifts 2000 local businesses with financial help for the installation of ultrafast broadband. A further £2.7 million will be used to implement this advanced wi-fi connectivity across 130 public buildings, such as libraries and leisure centres. 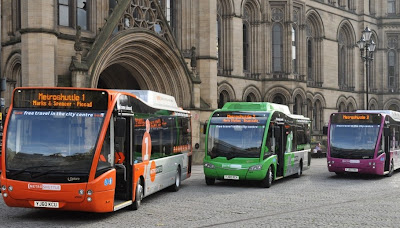 Public transport will receive up to £440,000, allowing Manchester’s commuting workforce to have unparallelled connectivity, slowly bridging the gap between the North West and the media hive of London. Virgin Media, EE and Vodafone customers can currently receive cost-free wi-fi across over 100 London Underground stations, and so bringing non-limitative wi-fi to Manchester, regardless of individual internet provider, keeps the city firmly on the map.

The remaining budget will create the Manchester Science Park Smart and Connected project, offering up to £2.95 million towards businesses in the digital and technology sectors in order to facilitate innovative research. A further £500,000 has been assigned to Airport City Enterprise Zone ducting, which means the creation of roads that are able to accommodate high speed broadband in proximity to Manchester International Airport.

Councillor Andrew Fender, chair of the Transport for Greater Manchester Committee, said: “We will be trialling free Wi-Fi on a Metrolink tram soon and with this funding we look forward to rolling the service out right across the tram network. Key city centre transport hubs will be connected to the Freebee network in the coming months and it’s great news that we’ll be able to extend free wifi to the city’s popular free Metroshuttle service too.”
Top