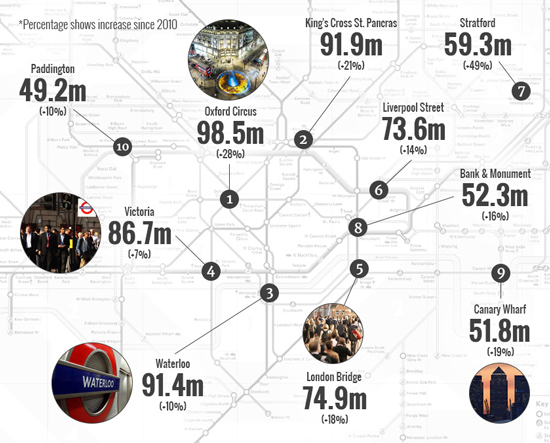 For most people, an overcrowded tube carriage is the stuff of nightmares. For advertisers, though, it offers a fantastic opportunity to reach an enormous audience in a captive environment with high dwell time.

If the recent London tube strikes showed us one thing, it’s that the number of people who rely on the Underground service is huge – and it’s a number that continues to grow and grow.

Figures from the London Datastore have confirmed that there has been a major increase in the number of passengers passing through stations on the network in the last five years – Oxford Circus station alone now welcomes nearly 100 million travellers and commuters each year, which is a staggering 28% increase on the number it catered for just five years ago in 2010.

As London becomes more and more crowded, traffic on the Underground network continues to grow in tandem. Passenger numbers at 36 stations have increased by more than a quarter over the past five years, with Oxford Circus, King’s Cross, Waterloo, Victoria and London Bridge topping the congestion charts.

For those interested in advertising on the London Underground, these figures speak for themselves. With a range of formats available, the network offers brands the chance to showcase their adverts to a huge audience, with campaigns offering unrivalled high exposure. 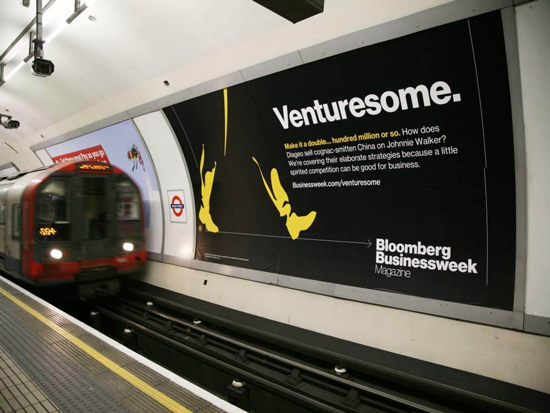 From imposing cross track advertisements such as this effort from Bloomberg (above), to eye-catching rail panel and lift and escalator panel ads, advertising on the London Underground appeals to both commuters with time to kill and tourists with money to spend. It ensures that your brand is noticed by a wide range of people from different walks of life, providing your brand with a fantastic platform to reach a diverse target audience.

At Transport Media, we’re specialists in all things Underground, having worked with brands of all sizes and industries, from British Eurosport to Bangor University. With more people using the tube than ever before, you simply can’t afford not to be advertising on the London Underground.

Get in touch with us today for more information.