Bus Advertising is one of the most effective traditional outdoor advertising methods which allows advertisers to target consumers out and about. This mass communications vehicle delivers impressive results – 30 million people have seen an advert on the outside of a bus in the last week.

Bus advertising can achieve a range of communication objectives. Whether a client is looking to drive brand awareness, advertise a public announcement, promote an offer, launch a new product or looking for a direct response, or indeed all of these things, bus advertising can communicate messages to a large and valuable audience, quickly and affordably.

5.2 billion passenger journeys per year in the UK.

The average bus covers over 700 miles every week, that’s the equivalent of John O’Groats to Lands End.

Over 90% of the population live within 5 minutes of a bus route. 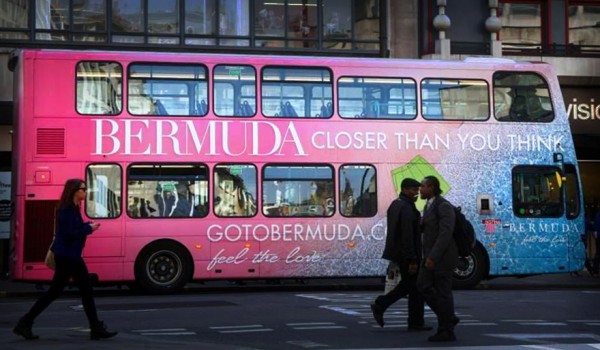 A fully wrapped London double-decker Bus campaign was launched to by Bermuda Department of Tourism to encourage further visits to the Island. The iconic London bus was fully branded to provide maximum impact on a London landmark.

The image of vibrant pink sands instinctive of the Island, clear blue sea and a pair of Bermuda shorts showcased the ‘Feel the love’ campaign message on the eye catching bus.
The bus will spent 12 weeks covering London’s busiest routes. Not only did it pass by some of the city’s most famous landmarks, such as Piccadilly Circus and Big Ben, but they will also be seen by millions of U.K. residents simply engaged in their day-to-day activities. 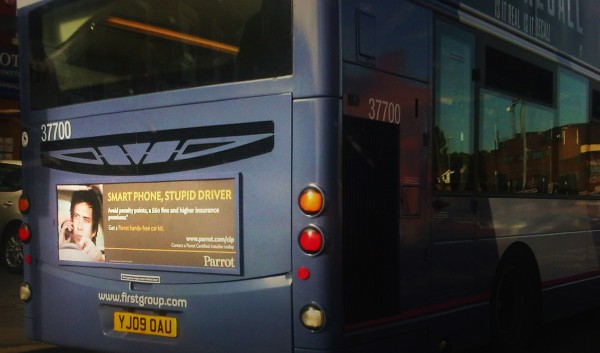 Parrot, the market leader in installed Bluetooth hands-free car kits, ran a Bus Rear advertising campaign with Transport Media to emphasise the consequences of drivers using a mobile phone whilst behind the wheel.

The communications campaign was designed to highlight the consequences of using a mobile phone to drivers, and target them whilst in a relevant and captive environment behind the bus in their vehicle.

The campaign saw great results in just the first week – “We’ve had really good impact on our website since the campaign started on September 1st, with over 10.5k visitors to the website so far. GREAT RESULTS and again thanks for all your help to achieve this!!!” Becky Stewart, Trade Marketing Executive at Parrot. 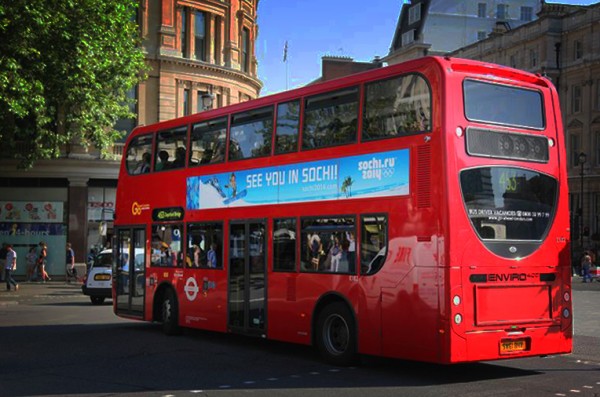 A large Superside London Bus advertising campaign for the Sochi 2014 Winter Games was planned to deliver targeted communications to our client’s key audience.
The brief was to raise awareness that Russia had been chosen to hold the next Winter Olympics. The message was to reach two audiences – International and UK VIP’s in London at the time of the London Summer Olympics, as well as international and UK audiences to the London 2012 Games, aiming to showcase the Winter Games when the entire Olympic movement was in London.

The Russian Olympic committee feel Sochi 2014’s inspirational branding campaign allows everyone across London and the world to see the Winter Games in Sochi as a celebration of opportunity: a chance for growth, transformation and personal fulfilment. An integral part of their overall Sochi 2014 Winter Olympic Games brand strategy. 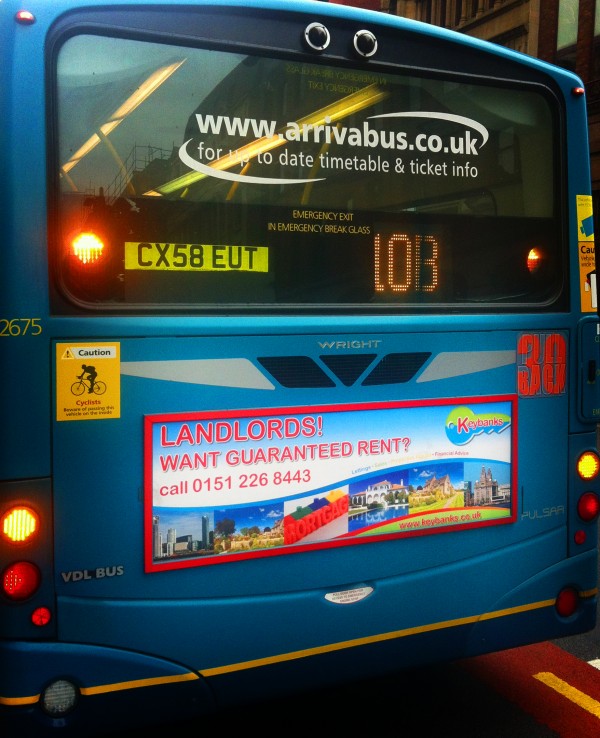 Transport Media have planned the geo targeted Bus Rear campaign in Liverpool for local estate agents Keybanks to promote their guaranteed rent scheme for landlords.
Keybanks wanted to engage with a larger audience, within their local area; make them aware of Keybanks services and generate take up of the guaranteed rent scheme by landlords in Merseyside.

Bus rears reach consumers on a street level, in a safe way whilst driving. Advertising on local buses has been invaluable for Keybanks, who as a direct seen a 300% increase in traffic to their website, plus increased levels of phone calls to their offices. 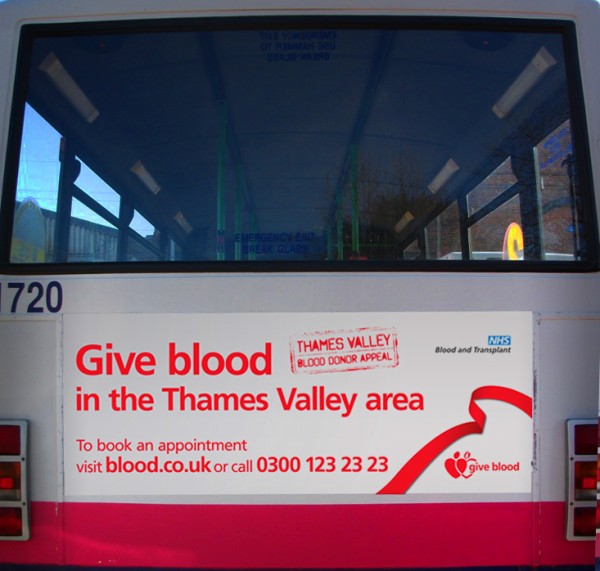 NHS Blood and Transplant launched a Bus Rear campaign for the Thames Valley Blood Donor Appeal to encourage the public to support their local blood bank.
Direct communications are a vital tool when trying to encourage behaviour change. 80% of consumers have responded to a Bus Advertisement, and the NHS chose this method to transport the important message of the appeal direct to the public.

The advertisements were targeted to specific bus routes in the Thames Valley area targeting people who could visit the local blood bank and make a difference.