Auto Windscreens has commissioned a three month campaign, organised by Transport Media, to feature on bus rears in Bromley, Kent. 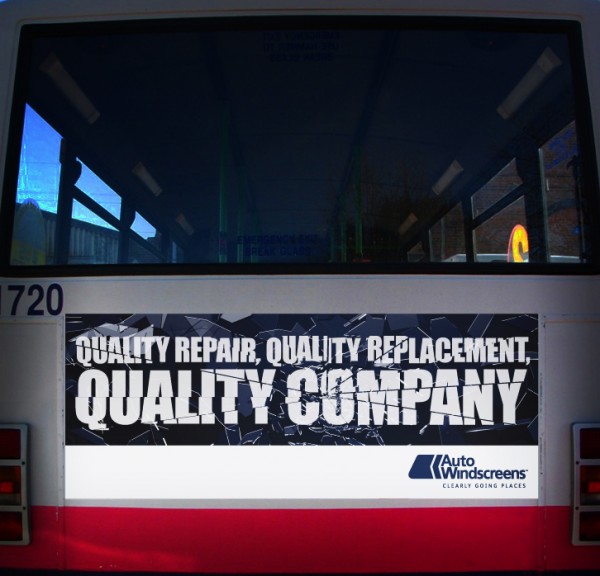 Auto Windscreens is one of the UK’s best known automotive glass repair and replacement companies, while Transport Media is the country’s leading agency in outdoor advertising, specialising in billboard, taxi and bus rears.

Auto Windscreens chose to implement its ‘Quality’ campaign over alternating months in three four-week blocks until the end of February 2013. Repeated and localised publicity will reinforce the brand’s message among local people.

Nigel Davies, Managing Director of Auto Windscreens, said: “We wanted to target a range of drivers in Bromley and South London to spread the word that we’re a quality company, providing a quality service. We will also be reaching commuters using the area’s two main rail stations connecting to the City and those on buses serving Croydon and Lewisham.”

Transport Media highlighted the fact that “With 91% of Londoners spontaneously recalling a bus advert, this advertising platform is able to work with any chosen location in order to effectively target its audience.”