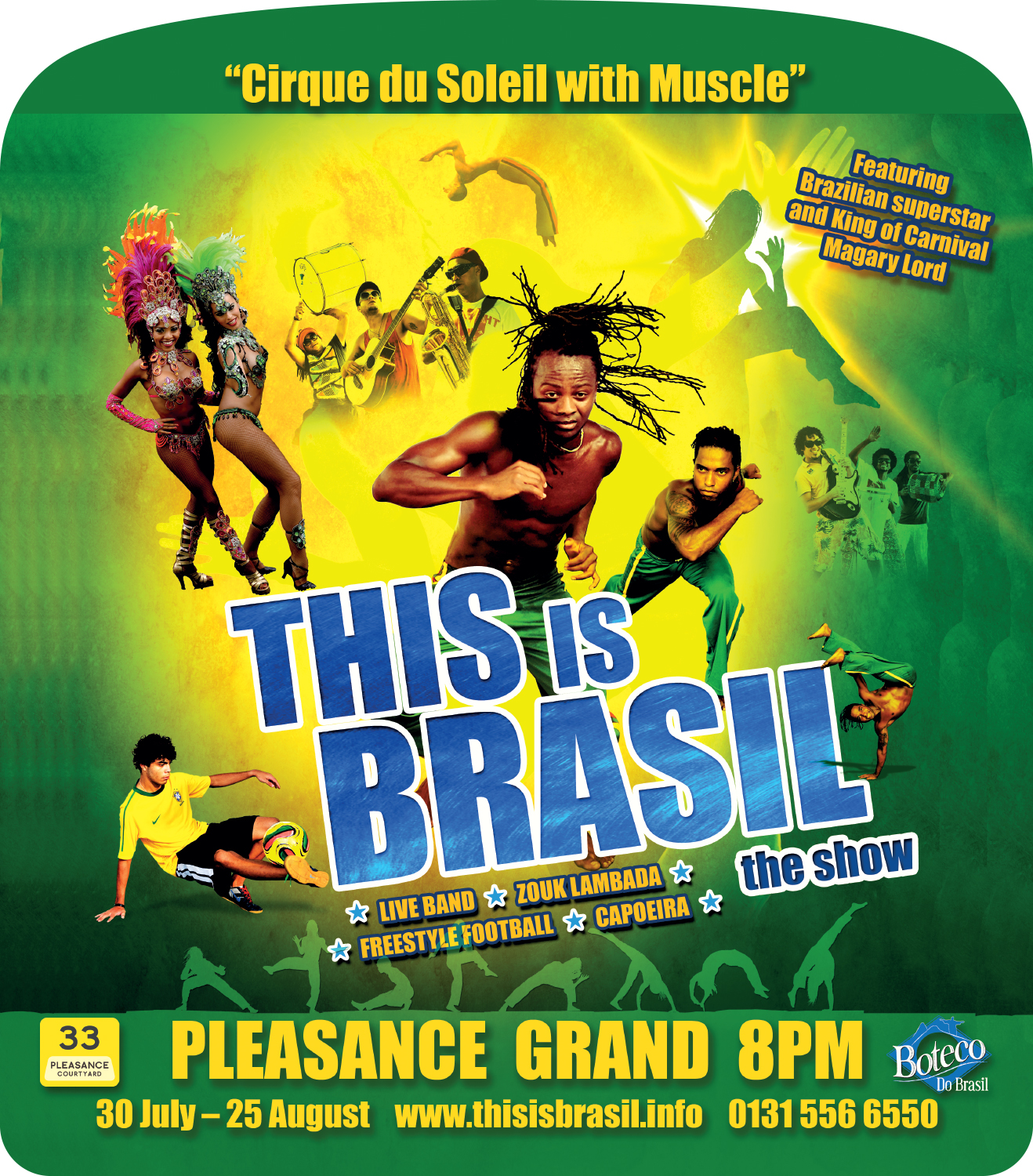 Transport Media is bringing a flavour of Brazil to Scotland thanks to a vibrant promotional campaign for “THIS IS BRASIL – The Show” – the sexiest summer samba party of the Edinburgh Festival Fringe!

From June 16th, the colourful campaign will be exhibited on Edinburgh’s black cabs in the format of superside advertising. The twelve week campaign will drive THIS IS BRASIL throughout the city; drumming up interest during the summer run-up to the event.

The taxi advertising campaign will be further reinforced with interior advertising. Branded tip seats and receipt pads will ensure that the carnival spirit is continued into the inside of the cab – targeting audiences both sides of the taxi.

The design uses the colours of Brazil to create a strongly branded, attractive campaign to ensure that THIS IS BRASIL catches the eye of Edinburgh.

“We are pleased to be advertising THIS IS BRASIL, using the effective format of taxi supersides to promote what is bound to be a hugely energetic and exciting performance. Taxi advertising enables reach to both locals and tourists throughout Edinburgh and will effectively captivate the city’s consumers during this highly popular season.”