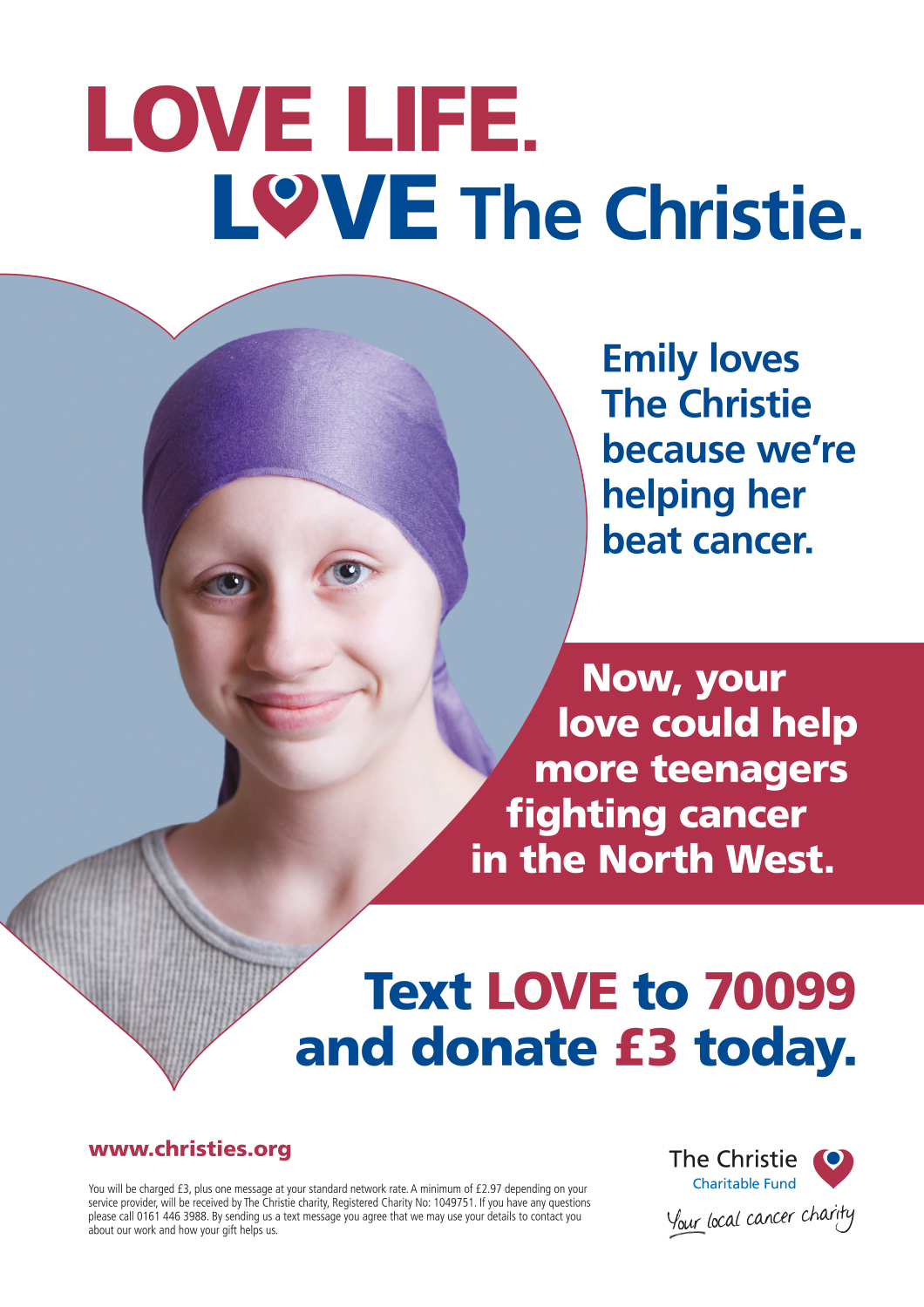 Brighton based fundraising specialists, On Agency and cancer treatment centre The Christie have partnered with Transport Media to launch a fundraising campaign across Northern Rail trains.

From March 17th, interior advertising panels will be featured for two weeks inside train carriages – displaying a charity appeal from The Christie.

The ads focus on testimonies from people who have been helped by the charity, with the designs appealing to commuters through use of real life stories highlighting how a donation can help to save lives of “people fighting cancer in the North West.”

Reiterating the theme of love and playing on human emotion, the emotive designs clearly display instructions on how commuters can easily donate to The Christie using their mobile phones.

The Christie is a Manchester-based centre that has been pioneering cancer research breakthroughs for over 100 years. Treating more than 40,000 patients each year, they are the largest cancer centre in Europe.

“Train passenger panels are a great advertising format to spark interest in a busy yet captive audience and encourage them to quickly and easily donate whilst on the move. We are delighted to be working with On Agency and The Christie in aiding their fundraising efforts.”