Tracing back to the 1990s, Manchester’s overground Metrolink light railway has since been subjected to a series of updates intended to strengthen and extend the city’s public transport network into its outser suburbs. Now juggling a circulation of 6 branch lines emerging from the centre of Manchester, Transport for Greater Manchester’s system offers connections between Altrincham (including Old Trafford), Bury, Didsbury, Droylsden (including Etihad Campus), Eccles (including MediaCityUK), and Rochdale. 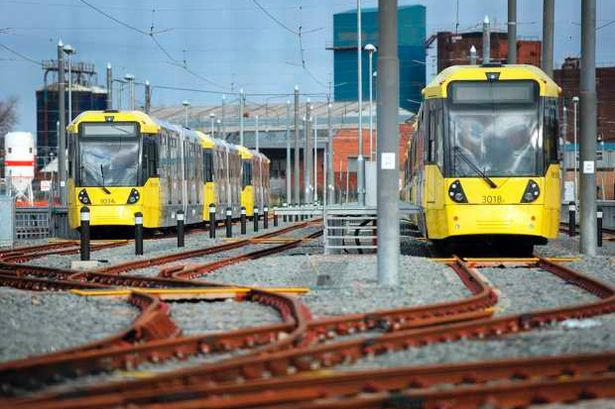 With plans to extend the South Manchester line to Manchester Airport by 2016, the partway extension to the bohemian locality of Didsbury has been launched today – three months ahead of schedule. Also serving the neighbouring district of Chorlton along the way, the South Manchester line connects the city with two of Greater Manchester’s most bustling outer sections. Frequented by public figures as prestigious as The Stone Roses, Jason Orange and Rio Ferdinand, these areas are also house a pulsating cluster of cafes, bars, independent businesses and part of the Manchester Metropolitan University campus.

The new stops are located at East Didsbury, Didsbury Village, West Didsbury, Burton Road and Withington, continuing on towards existing stations at Chorlton, Trafford Bar, and then eventually hitting Manchester.  The current Metrolink coverage includes annual passenger figures in excess of 20million, running along a total distance of 45.6 miles via 69 stations – which makes it the largest tram network in the country, and therefore the perfect platform to showcase your brand across a mixture of commuters, residents, football fans and shoppers. 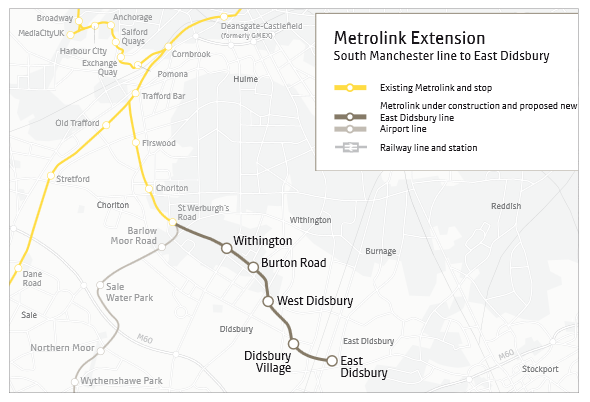