HS2 (High Speed 2), a new rail network aiming to shave off tens of minutes from train journeys nationwide, recently received the all-clear from the government. Quashing opposition and environmental concerns, the green light has been given, meaning that our Victorian railway system will finally be able to connect with 21st century living.Sadly, we won’t be seeing any form of result until at least 2026. Typical.

With a London to Birmingham line scheduled for 2026, the London to Manchester Y-shaped route won’t show its face for a further seven years. Judging by this week’s weather reports, it might be useful to start ordering in de-icing substances now in preparation for such an expensive and large-scale operation – it’s unlikely that passengers will be willing to hop onto a vehicle moving 250 mph if the whole country is sliding about on ice. 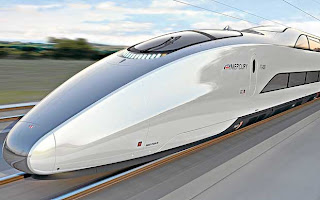 Admittedly the benefits promised by HS2 are highly attractive – travel between London and Manchester in just over an hour; travel from Leeds to Birmingham in a mere 57 minutes; fit 1,100 passengers on every train, with 18 services running both ways per hour. But at a cost of £32.7bn, precise impact on the tax payer or transport user hasn’t quite been clarified. Not to mention the tiny factor of ever-occurring construction delays – with the recent Metrolink fiasco in Manchester, who’s to say this national project will run smoothly?

There is public activity both for and against HS2 (although the opposing groups seem to be far more populous) – which side are you on?