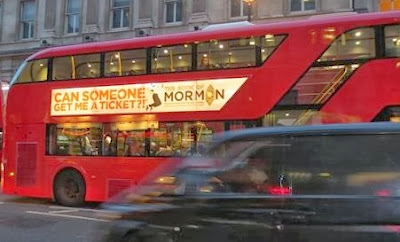 The city of London has always been at the forefront of public transport, from the infamous London Underground network to the iconic black cab. This year saw a much-welcomed makeover to the enduring red double-decker buses, as the New Bus for London was launched: a more streamlined and environmentally friendlier diesel-electric hybrid.

Inspired by the original Routemaster buses, the New Bus for London saw a prototype enter the public in 2012 along the heavily utilised 38 route between Clapton and Victoria, with a full service launch in June 2013 on the 24 service and additional vehicles on routes 9 and 11.

As the more elegant and lightweight vehicles bus superside adverts are designed to display illuminated images simply by turning on the ignition. MD of CBS Outdoor UK, Jason Cotterrell, described the innovation as “the future of bus advertising in London” and “a must for advertisers”.
establish their place amidst the cityscape, they also bring to London an outdoor marketing boost, as the new

Dewynters media manager, Ben Hurring, said: “The Book of Mormon has been the theatrical success story of the Millennium, establishing itself as a super-hit in London’s West End. The production wanted to build on its success by utilising out-of-home to dominate the Central London landscape coming into the crucial Autumn & Christmas season. The combination of a fantastic new illuminated format and a London icon, the Routemaster, provided the perfect platform for them to do so.”