In anticipation of the London Underground network finally launching a 24 hour service later this year, Transport for London has opened an exciting new photography exhibition at Westminster Station that celebrates London’s iconic nightlife and history.

Curated by Annin Arts Gallery, the exhibition features 24 varied, large scale photographic works by some famous artists such as Cecil Beaton, Sam Taylor-Johnson OBE and Nick Knight OBE. The ‘Free the Night’ exhibition has been put in place to celebrate London’s history as well as look with excitement towards the future, with the new 24-hour Underground services launching in September. 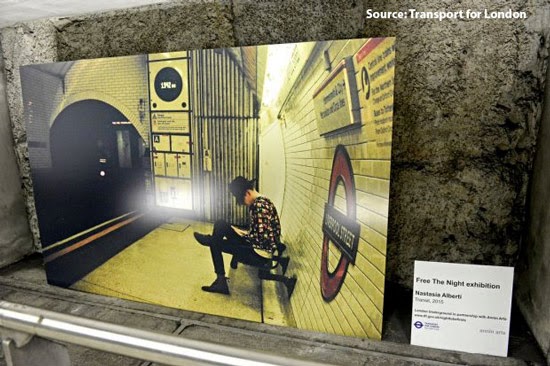 Initially, the Northern, Victoria, Piccadilly, Jubillee and Central lines will all start running throughout the night, before the service is expanded to the Metropolitan, Circle, District, Hammersmith and City lines, and eventually, the Docklands Light Rail network. The exhibition, which features some images as big as nine foot-by-six foot, marks the transformation of London into “a truly 24 hour city,” according to gallery director George Annin. 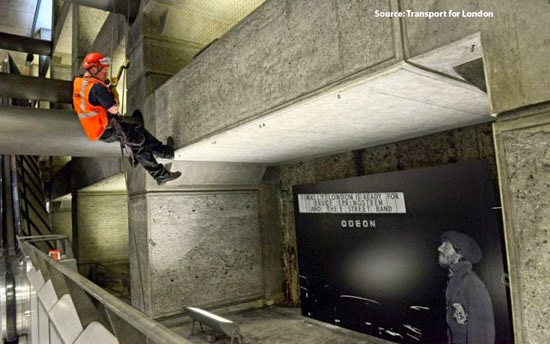 “Each photograph captures a different idea of the concept of ‘Free the Night,'” he said. “The result is a stunning collection of images, some literal, some conceptual, but all depicting the many stories that London has to tell – stories that make it one of the most dynamic and diverse cities in the world.” 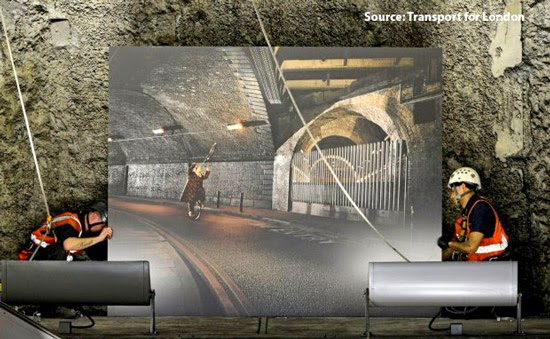 The move to transform the Underground network into a 24-hour service was announced by Mayor of London Boris Johnson, and is part of a plan to generate a further £6.4 billion to London’s economy by 2030, creating half a million extra jobs in the next five years as part of the process.

Transport appears to be at the heart of the government’s ambitions for London, with wi-fi also being extended to all below-ground sections of the Tube network in the coming years. With the opening of the 24-hour service, as well as a proposed £10 billion of new investment into TfL over the next Parliament, there has never been a better time for companies and businesses to look into the possibilites that advertising on the London Underground has to offer.