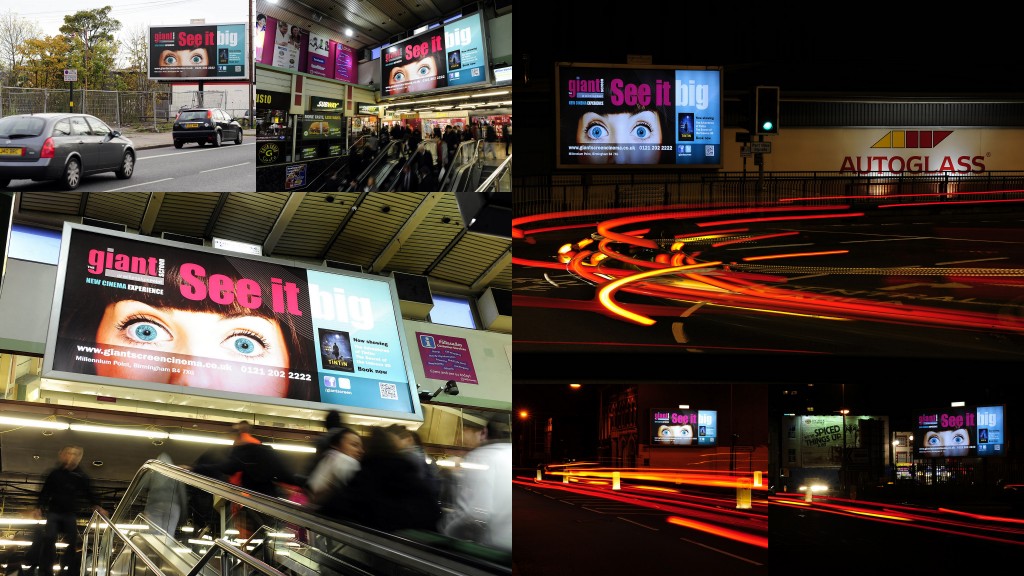 The brief: The client approached OOH International® to plan and buy the outdoor media for  The Giant Screen, See it big campaign.

The campaign: The ‘See it big’ campaign was devised to increase visits to the IMAX screen at Millennium Point, Birmingham. OOH International® used proximity marketing tools, and the most current information from the media owner to ensure The Giant Screen’s target audience had the opportunity to see the campaign, and place it on billboards in busy shopping and commuter locations. One billboard was placed in the entrance of the Pallasades shopping centre, facing Birmingham New Street Station ensuring both shoppers and rail users had sight of the bright billboard.

The media: OOH International® recommended Backlit 48 Sheets for the campaign. Large backlit billboards provide maximum impact and impart stature and belief in brands using this format, which is crucial for the IMAX as the entertainment industry is such a competitive marketplace.