Merseyside Maritime Museum has launched a multi format Outdoor Advertising campaign promote its new exhibition about the doomed liner and its Liverpool links. 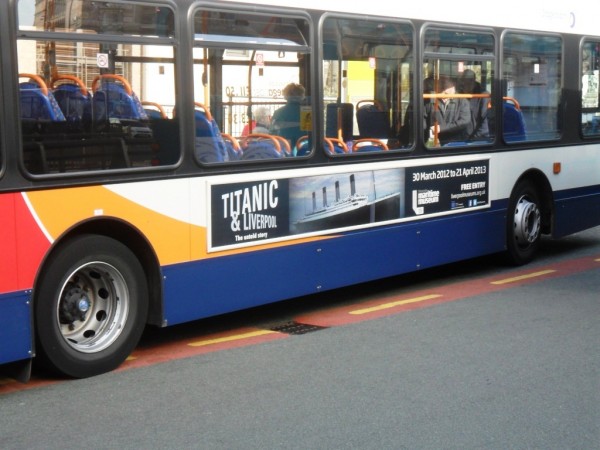 Out of Home International is behind the media planning and buying of the campaign which features roadside 48 sheets, 4 sheets and escalator panels at key rail stations in region, Bus Streetliners and Bus Passenger Panels. The campaign will roll out across the region including Liverpool, St Helens and Birkenhead.

The aim of the campaign is to ensure “Titanic & Liverpool: the untold story” is seen in the public arena across the region creating talkability and interest to encourage footfall at Merseyside Maritime Museum. 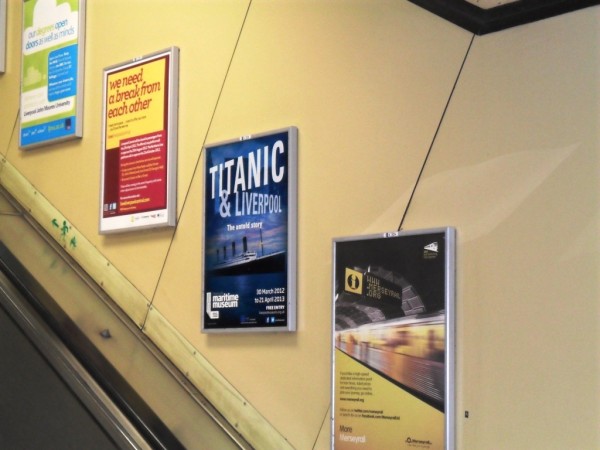 Out of Home International recommended using multiple advertising formats to target tourists who are looking for things to do whilst in the region; and commuters, leisure and shopping audiences in the North West whilst simply engaging in their day-to-day activities.
The free exhibition has been launched to mark the 100 year anniversary of the Titanic’s sinking and will give an insight to Liverpool’s central role in the Titanic story. One in ten crew members of the RMS Titanic were from, or had links to, Merseyside and the exhibition will tell the stories of the crew from band members to bedroom stewards. The gallery will feature previously unseen collections of international significance including the only surviving first class ticket and material from Merseyside Maritime Museum’s extensive archives.

“Titanic was built as a result of Liverpool’s leading position as a major world port. The city and its people are at the heart of the story.

“Not only was the Titanic’s sinking a major world event, the tragedy was a bitter blow to the port and the people of Liverpool. The new exhibition lifts the lid on this largely-overlooked turmoil in the wake of the sinking which resounds to this day.”

Titanic and Liverpool: the untold story is part of the National Museums Liverpool’s Liverpool and the World exhibition series part-funded by the European Union – the European Regional Development Fund (ERDF )