Transport Media, part of Media Agency Group, is proud to be continuing its fantastic working relationship with the Tourism Administration of Guangdong Province with an exciting new and updated advertising campaign in two of the world’s busiest airports.

Having initially launched in February, high-quality lightbox advertisements have been on display at both Amsterdam Schiphol Airport and Melbourne Airport – two of the world’s major international airports based on passenger traffic – in an effort to improve brand awareness of the Chinese coastal province as a tourist destination. 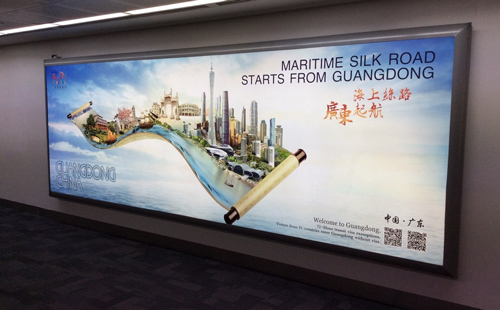 “We’re delighted to be continuing our excellent work with the Tourism Administration of Guangdong Province, China, with the new artwork arriving in both Amsterdam Schiphol and Melbourne Airports. Following on from our previous successful campaigns, this latest global advertising strategy is set to make a big impact on business flyers around the world.”