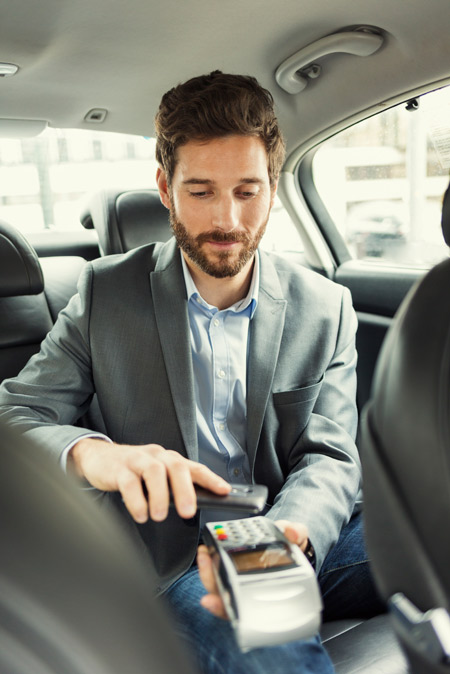 TfL confirms that card payments will soon be accepted in taxis

In an effort to fight back against the growing popularity of taxi apps such as Uber and Hailo, London cabs have started to accept payments from passengers by card and contactless card.

The move, put in place by Transport for London (TfL), is an effort to ensure that London taxi passengers can experience “quicker and  more convenient journeys,” according to Garrett Emmerson, the Chief Operating Officer of Surface Transport at TfL.

“Mandating card payments in taxis will mean customers no longer have to consider how they might pay for a journey before getting into a taxi. It will also benefit drivers, who will see their services opened up to potential new business.”

The introduction of card payments comes after a public poll, which saw 86% of passengers back the new move. Additionally, 68% of Londoners said that they would be in favour of being able to use contactless cards to pay for their journey.

According to TfL, choosing whether to pay for journeys with cash, card or contactless card will have no bearing on the overall cost of a journey. However, the additional expense of card transaction costs being recouped through a 20p increase in the minimum fare to £2.40.

Although the new initiative is still subject to final approval, it is anticipated that the rollout of the new payments system will begin in April next year. All London cab drivers will be accepting card payments by October 2016.