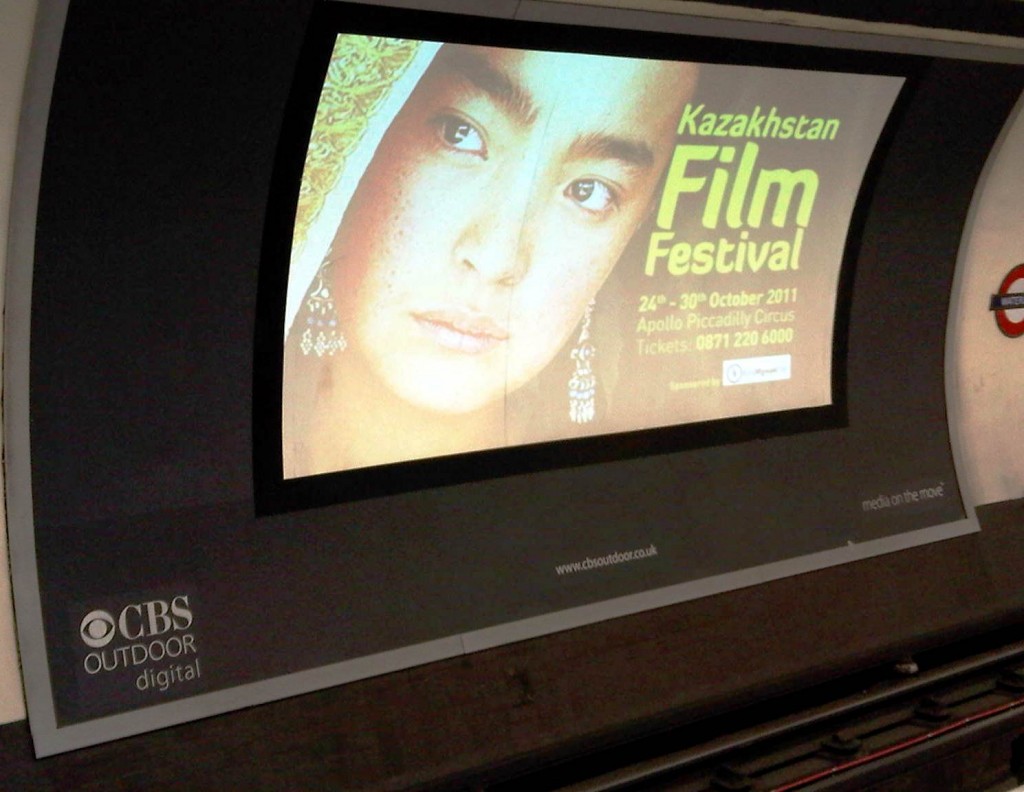 Out Of Home International® premiered their largest heavy weight digital campaign to date.

The digital billboards have been positioned in popular tourist areas in London such as Covent Garden and Camden, and further sites in London Boroughs including Ealing, Lambeth, Tower Hamlets, and Kensington and Chelsea.

Advertising campaigns are constantly evolving, and at Out Of Home International® understand client briefs may change at the very last minute. The Kazakhstan Film Festival campaign was revised; the client wanted a much larger presence in London. The team at Out Of Home International® were on hand to handle this request, and advise the best advertising format to accommodate this.

Out Of Home International® works closely with media owners across the UK and has forged strong relationships, ensuring any requests planned or last minute can be dealt with promptly, and worked to the advantage of our clients.

Our team understood the new demand and importance to increase ticket sales for the festival and within 24 hours had negotiated, and confirmed 120 extra digital sites on the London Underground to increase the volume of advertising for the client and ensured The Kazakhstan Film Festival received maximum coverage.

The beauty of Digital Billboards is that they allow an extremely fast turnaround for new advertising to be placed on their screens, there is no need to wait for printing and fitting with this advertising format. Out Of Home International® received the request for new billboards at 4pm Monday 17th October 2011, and by 6am the next morning they were live in London.

Digital Out Of Home Advertising should be considered as much more than just another billboard opportunity. The Digital Screens change their artwork frequently engaging the public as they see something new every time they pass. It is a chance to occupy your target audience dynamically and is an extremely captivating form of Outdoor Advertising.

The full motion, cross-track 48 sheets will feature on landmark sites on the London Underground Network and add value to the original over ground digital screens.

The original campaign plan has been catapulted into a new realm of advertising coverage and has become a heavyweight campaign, with captivating Digital Billboards placed in high footfall stations and street locations in the capital.

The posters can be seen from 18th October 2011 for two weeks, building the public’s interest in the Kazakhstan Film Festival in the run up to, and during the event.