Up until 1978, the Pope would have made public appearances on a gestatorial chair – the posh version of a sedan chair – carried by his pontifical crew. Reigning between 1963 and 1978, Pope Paul VI experienced the taste of a new trend by riding the papal Mercedes-Benz 600 Pullman-Landaulet vehicle, while his successor John Paul II received the full treatment as the term ‘Popemobile’ was coined. In charge of the Catholic Church from 1978 to 2005, John Paul was shuttled about in bespoke vessels constructed by several car manufacturers over the years, including Mercedes Benz, Ford and  SEAT.

Pope Benedict XVI was the next one to take over, as you probably already know, and his favourite was an adaptation of the Mercedes-Benz M-Class, modified with durable glass which could withstand bombs and bullets, and complete with a personal oxygen supply and a hydraulic lift to showcase the holy man to his onlookers. John Paul II made a point of asking the media to stop calling his car the Popemobile as he found it ‘undignified’, but the iconic mode of transport wouldn’t really be the same without its endearing title would it? 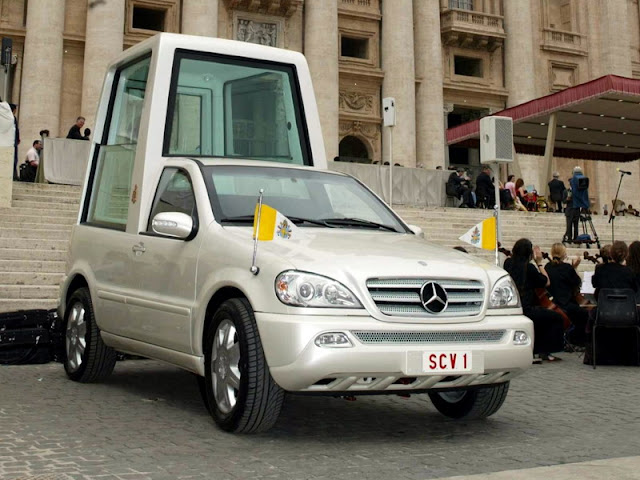 If you’re the owner of a pair of eyes and ears, you’ll be aware that we’ve had a new pope since Wednesday. Ruler number 266, Argentinian Pope Francis is the first in over a millennium to be a native of a non-European hometown. He has also shown his reluctance to embrace this established tradition of travelling by Popemobile. A regular user of the Buenos Aires public transport system back when he was Archbishop, Francis also mingled with the other cardinals after his election as he shared their shuttle bus on his way home.

A far cry from the Batmobile and emblazoned with the number plate SCV1, the Popemobile didn’t seem to wet the humble tastebuds of Pope Francis, who had earlier made his seminal entrance with the blunt proclimation that “He who does not pray to the Lord prays to the Devil”. The modified car is a little like an Advan, and so his reluctance to partake in the glamorous aspect of Popeism already suggests that Francis will be adorning a different ethos to his predecessors. 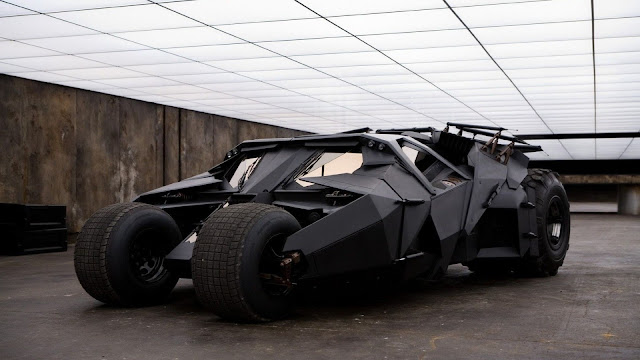 Religious author John Thavis suggested that Francis “may not be a man who wants to wear silk and furs”, following the new Pope’s Thursday morning venture to pay his hotel bill in a modest car. He journeyed to the Basilica of Santa Maria Maggiore in one of the generic armored Vatican Volkswagens – a fuel economising, diesel-powered luxury ride, but not quite the 450 horsepower, extended-wheelbase Phaeton that was given to Pope Benedict XVI by Volkswagen’s CEO in 2006…