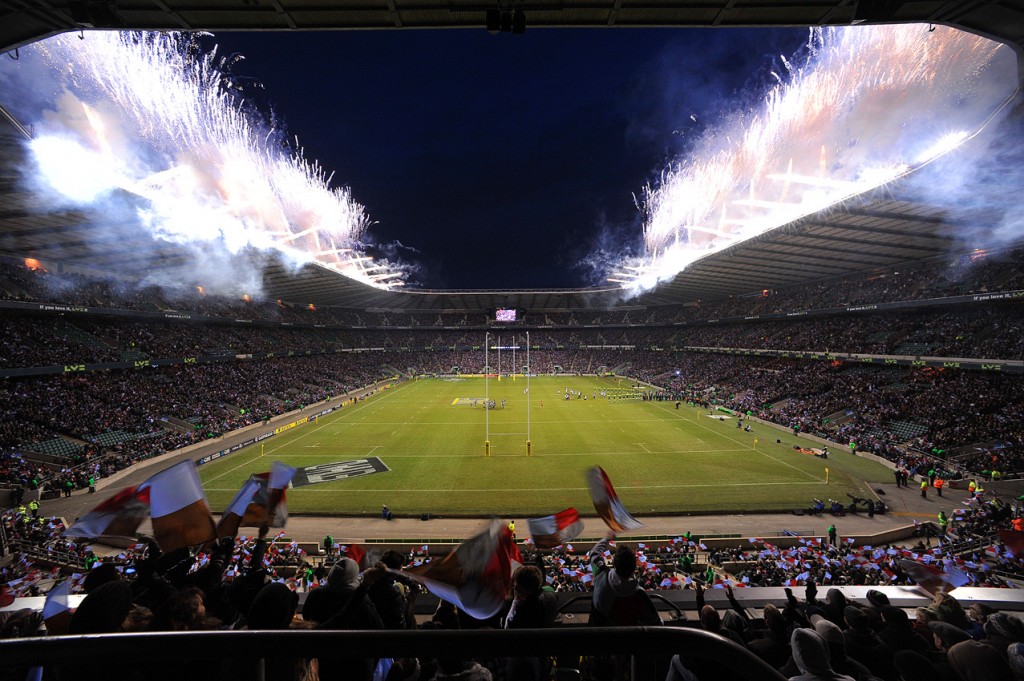 Harlequins Rugby Club has tackled the world of Outdoor Advertising to raise awareness of LV= The Big Game 4.

The client contacted Outdoor Media Planning and Buying agency Out Of Home International to promote ticket sales, and raise the profile of  LV= The Big Game 4 at Twickenham Stadium against Saracens.

The team at OOH International recommended a multi format Out-of-Home Advertising campaign to raise awareness and the supporter base for the Rugby Club.

From the 14th November 2011 fifteen branded London Buses will operate from Fulwell bus depot in Twickenham. The Bus Supersides will promote the LV= The Big Game 4 on a street level to London Commuters, of which 91% say that the London Bus is an iconic symbol of London and 73% welcome bus advertising (The London Commute 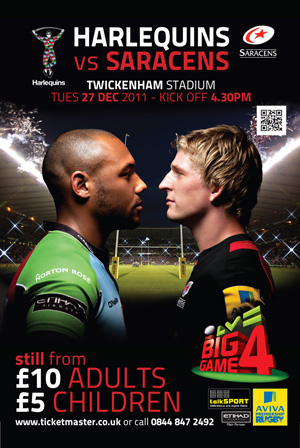 In a further push for ticket sales, from 28th November 2011 five 48 sheets will feature in London Boroughs Hounslow, Kingston-Upon-Thames, Merton, Wandsworth and a further 48 sheet prominently placed on platform two at Richmond Rail Station. Forty three Six sheets featuring a QR code are the strength of the campaign as this allows the public to interact with Harlequins, enter competitions or book tickets online when redirected to The Big Game website.

“We are delighted to be working with Out of Home International on the Big Game 4 campaign which will be held at Twickenham Stadium on December 27th 2011 against Aviva Premiership Rugby champions, Saracens. The Big Game, now in its fourth year, has established itself as a firm fixture in diaries for a post-Christmas family outing. Outdoor advertising is a hugely important element in marketing this event and the advice and expertise from John and his team has been invaluable.” – Lorraine Rooney, Marketing Manager at Harlequin Football Club Ltd.

The Big Game has already sold tickets to the equivalent of a capacity crowd at Wembley Arena, and LV= The Big Game 4 is expected to be a complete sell out to 82,000 attendees. The popular event will see the return of the X Factor with two of this year’s finalists taking to the pitch at Twickenham Stadium following their predecessors Matt Cardle, Rebecca Ferguson and Olly Murs.

Visit www.thebiggame.co.uk for more information on the event or to buy tickets.

This article featured in The Drum, take a look: http://00.uz/rZd