Following David Beckham’s transfer to Paris St Germain, it was only a matter of time before transport providers began to capitalise on the move. Collaborating with French advertising enthusiasts CLM BBDO, high-speed rail service Eurostar have swiftly hopped on the Beckham bandwagon to churn out some promotional material that boasts cheap ticket fares from both ends: 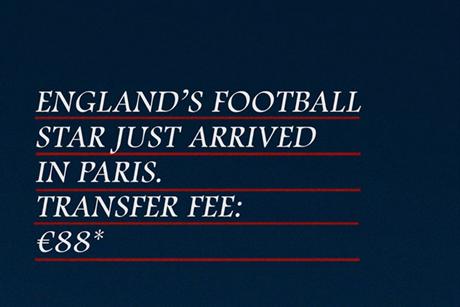 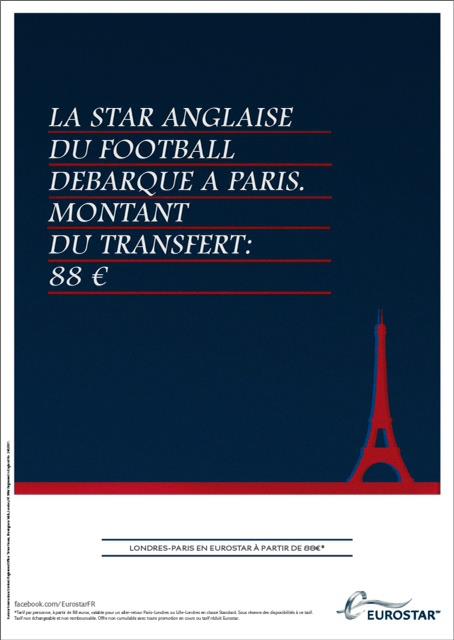 The advert is yet another example of brands reacting quickly to curent affairs in order to interact vigorously with the public. Specsavers recently generated a marketing response to Eden Hazard’s footballing blunder, while Oreo gave an almost instant publicity display during this weekend’s Super Bowl powercut. Beckham’s re-location also comes with a declaration that he plans to donate his surplus wage of over £3million a year to charity, living off the lowest legal figure required to pay national insurance – £1,900 a month. CLM BBDO have thus firmly placed tongues in cheeks with the advertising copy: ‘England’s football star just arrived in Paris. Transfer fee: €88’.

With social media facilities on hand to permeate our networking boundaries, it is becoming increasingly more beneficial for companies to act upon trending topics in order to engage with their audience. Publishing their advert in both traditional print and also on Facebook, Eurostar are tactically using the popular Beckham story and sailing on top of it by reminding us of their own affordable prices – without actually offering any discount.