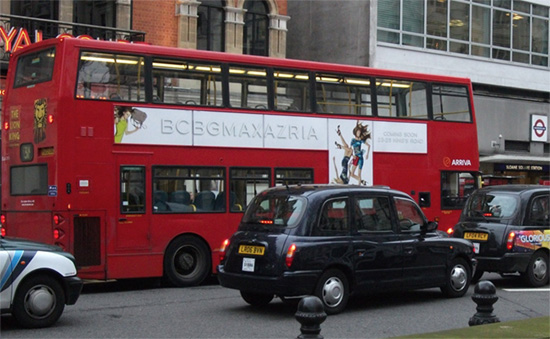 To coincide with the high profile launch of its first London store the contemporary US womenswear label BCBG Max Azria, have commissioned outdoor media specialist Transport Media to deliver a high impact campaign across a range of media. 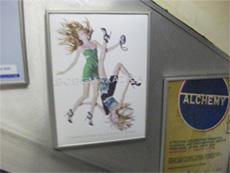 The campaign brief which was to target ‘trendy’ shoppers in the area around the company’s new 3200 sq ft flagship Kings Road store, as well as to promote the opening of the new store on the 21st April.

Transport Media created a mixed media campaign which was booked through CBS Outdoor and focused on bus T-sides, lift and escalator panels in order to reach the clients’ target audience. The carefully planned campaign covered the most used forms of transport based in and around the key shopping areas and within close proximity to the store.

Crucial to the success of the campaign was the ability to incorporate some important key advertising sites including Sloane Square underground station, one of the UK’s busiest stations for fashion shoppers. These, coupled with bus T-sides – which have become known as “London’s fashion notice board” ensured the campaign had no wastage and enabled Transport Media to specifically target only those areas where there were high numbers of fashion shoppers.

The campaign used visually strong artwork supplied by the client which was as high performing point of sale material. Feedback has shown that this prompted very strong impulse purchase sales from the new store. BCBG Max Azria have plans to open up to 60 stores in the UK over the course of the next 3 years.

To find out more about this, and other successful outdoor media related campaigns call 0208 003 2573.