The iconic London Underground network map has had many an interpretation made of it, but perhaps nothing ever quite like the enduring creation recently completed by UK Synaesthesia Association president James Wannerton.

Synaesthesia is a neurological disorder that lifts sensory boundaries, causing the individual to hold a unique perception of the world as tastes, smells and sounds start to represent one another. As a result, Wannerton has spent almost 50 years plotting the Underground map according to the flavour he associates with each station, with the project being in progress ever since he noticed his peculiar ability to taste words at the age of four on his way to school in North London. 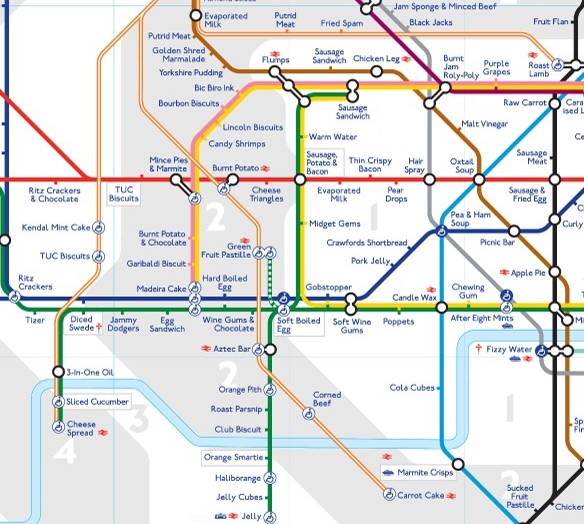 Wannerton describes his condition on the his website, stating that “I get these tastes whenever I verbalise a written word or hear a spoken on – even in my dreams”, and has gained a trainspotter-like obsession with deducing the taste of every single tube stop. The result gives a rather heartwarming insight into the years of flavours that have permeated the 54-year-old’s life, with plenty of childhood-inspired retro stations involved – including midget gems, Calpol, jam sandwiches, cold suet, melted ice pop, chocolate coins and Bazooka Joe bubblegum. 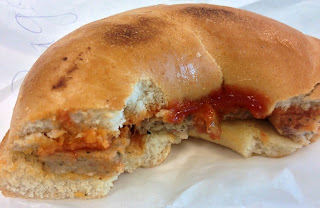 Major stations such as Euston and Old Street have been turned into roast lamb and crumbly Cheshire cheese, while Holborn and Victoria have sadly induced a taste of burnt matches and candle wax. In Wannerton’s top three is Eurostar interchange King’s Cross, which makes him think of fruit cake and dripping – “like a moist Dundee cake without the almond bits. Or a rich fruit cake with lumps of fruit in. There is a mouth feel, not just an association, so it is like actually eating the stuff”.  However, unfortunately for the designer retail area of Bond Street, the stop is labelled as “metallic and slightly bitter” hair spray.