Advertising on the underground is a brilliant way to make sure your product or brand is seen by commuters and travellers in some high-footfall areas. From cross track projections to digital escalator panels, underground stations are a real advertising hot-spot.

But what about advertising on the tube itself? The London Underground user has an average travel time of 21 minutes, meaning that for 21 minutes commuters are looking for a welcome distraction from their daily journey. Tube car panels are a great way of showcasing your adverts just above standing height, exposing your brand even on the busiest of services.
Some companies, though, aren’t afraid to get more creative with their on-tube advertising. Here are a few of the wonderfully weird efforts that have been spotted on underground services across the world:
‘Grab’ a beer on the journey home

How many of us like nothing more than a cold beer after a long day at work? Well, Chilean lager Cerveza Baltica took this notion a step further by installing replica beer cans on stanchions for standing passengers to grab hold of on the Chilean subway Metro de Santiago, planting the idea of an after-work beer in their minds. Although given that the Metro runs from 5am, we know who to blame when people turn up for work in the morning a bit worse for wear… 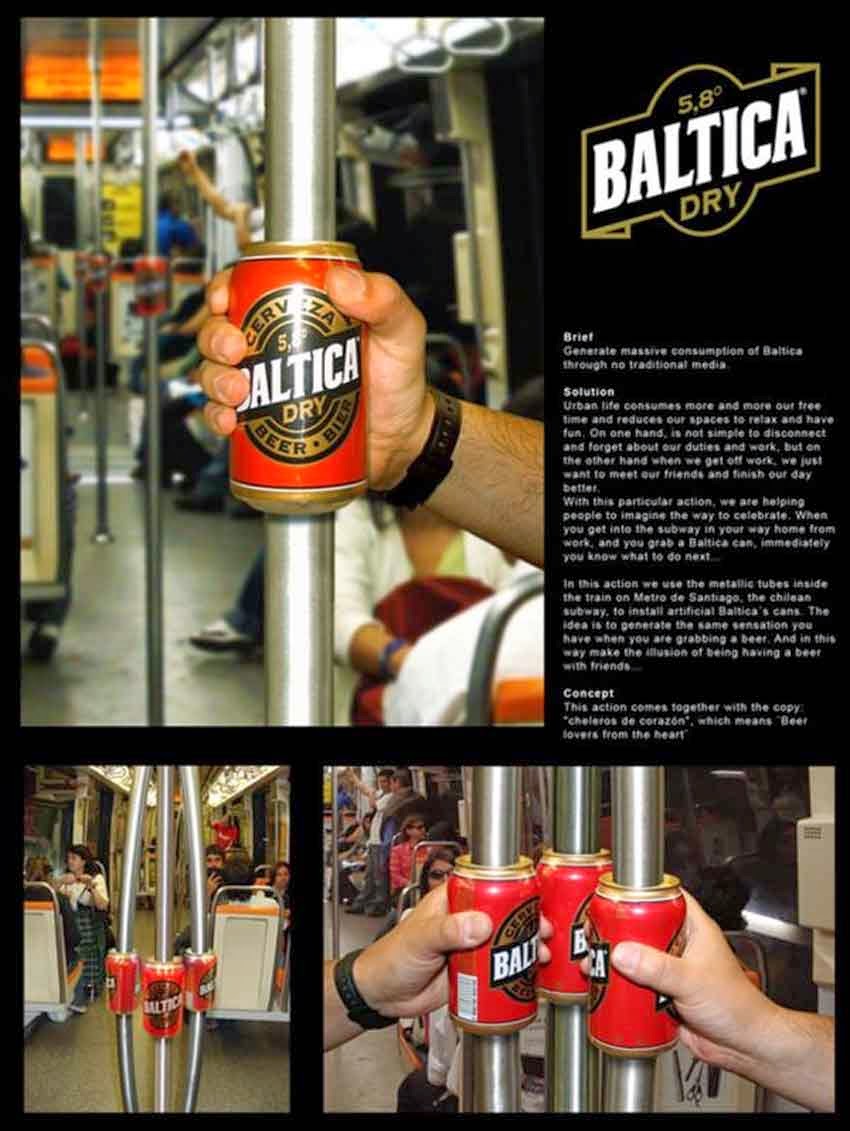 Get fit on the Frankfurt U-Bahn

In a similar – but considerably healthier – move, Frankfurt’s Fitness Company decided to install dumbbell-style hand rails on the city’s U-Bahn service. When else do you get the chance to hold one of those things one-handed? 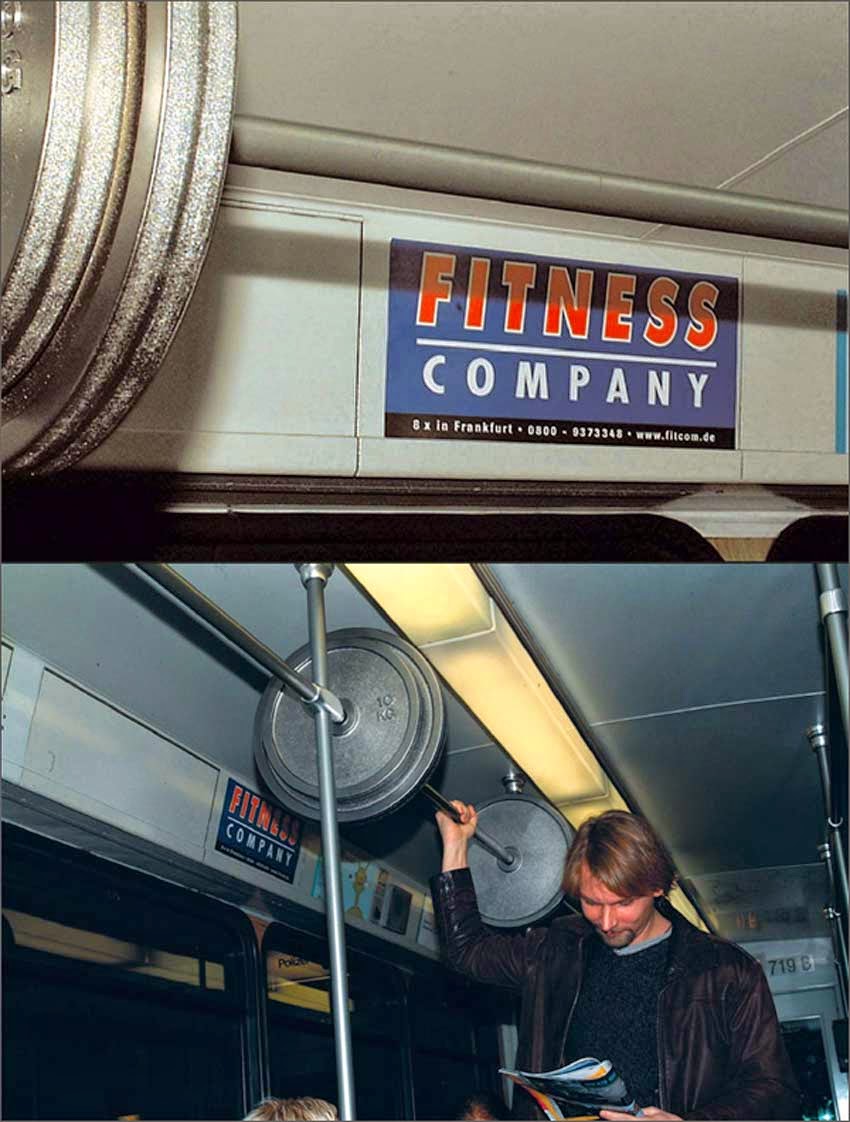 Free tunes on the tube

Pepsi Access was a short-lived campaign which launched in 2006 in Canada. Each can of Pepsi came with a unique PIN which could be redeemed online for access to exclusive music and concert tickets. 100 of these interactive posters popped up on subway services across Toronto and Vancouver, each fitted with a fully functional headphone port, which played 30-second previews of sample songs. 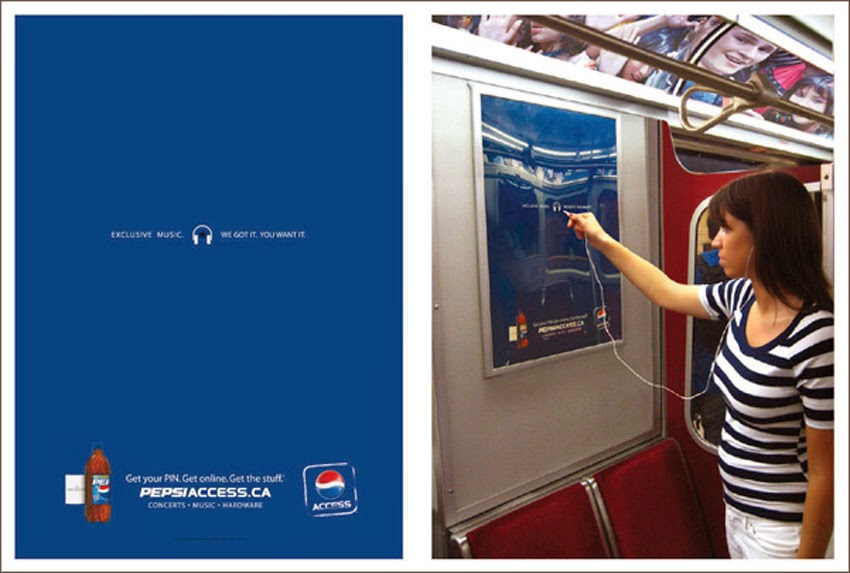 Try before you buy watches (sort of)

Another innovative piece of advertising, these ads for IWC watches allowed passengers in Berlin to sample their latest timekeeper by ‘trying it on.’ Providing the first step on the purchase path has been shown to improve sales, and although this particular campaign featured on buses, it’s an idea that could also be implemented on the tube, as our final advert shows… 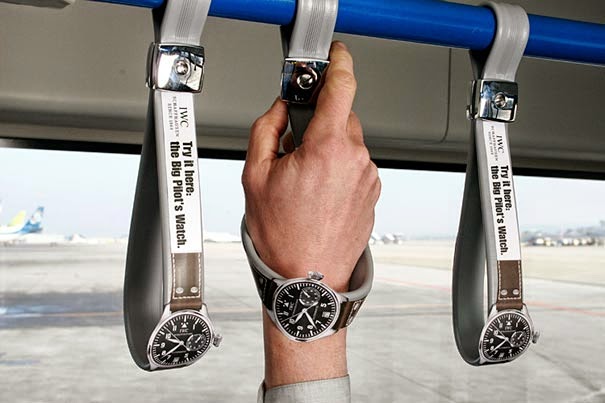 Get a grip of Hankook Tyres