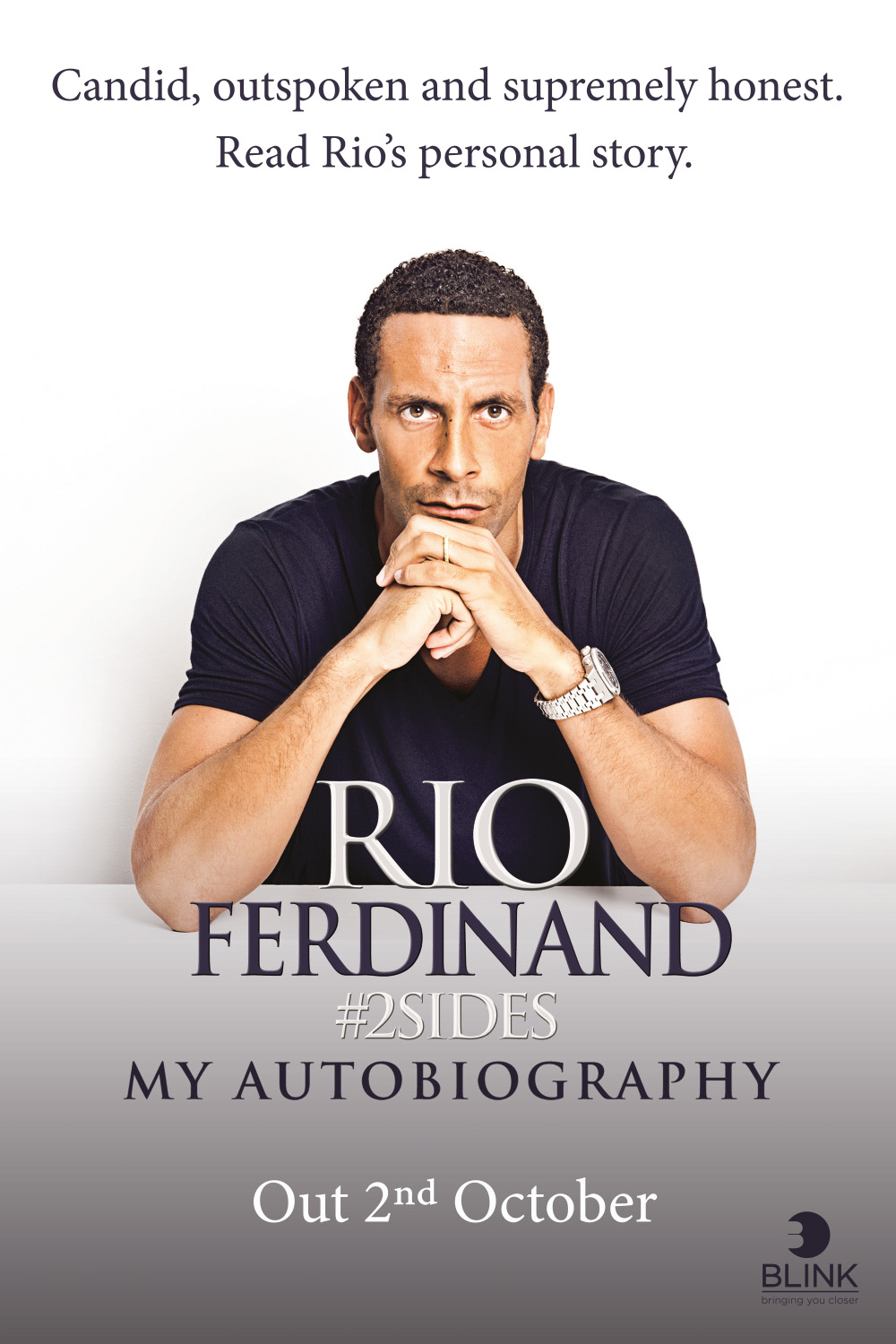 Blink Publishing has appointed Media Agency Group to coordinate an advertising campaign to coincide with the launch of footballer Rio Ferdinand’s autobiography.

Billboards, Underground panels and digital 6 sheets will feature at premium sites throughout Manchester and London.

The multi-format campaign will promote Rio Ferdinand’s autobiography, #2sides, which promises to be a ‘candid, outspoken and supremely honest’ read when it hits shelves on October 2nd.

Positioned throughout the London Underground and Manchester Piccadilly rail station from September 22nd, the campaign will target mass audiences travelling across the country.

Digital 6 sheet advertising will be featured at Waterloo rail station.

Taxi superside advertising will also be used to add further weight to the marketing initiative. Taxi advertising is a hugely effective method of furthering reach of a campaign whist reinforcing the message in the minds of consumers.

“The very subject matter of this campaign is immediately guaranteed to attract the attention of audiences. What we have done at Media Agency Group is to ensure maximum reach by strategically positioning the campaign to target as large an audience as possible. The scale of the campaign across both cities means audiences will be constantly reminded to purchase the autobiography on its release date early next month.”