The Island of Bermuda has been home to many famous residents and has an abundance of celebrity fans, but the real superstar connection is with former Beatle, John Lennon.

Bermuda Department of Tourism’s UK based consumer and trade PR agency, Publicasity have teamed up with outdoor media planner and buyers Out of Home International to create iconic photography and PR activity. Bermuda’s fully branded taxis are centric to the PR and were organised by our sister company Out of Home International as part of a multi format Outdoor Advertising campaign which launched earlier this month. 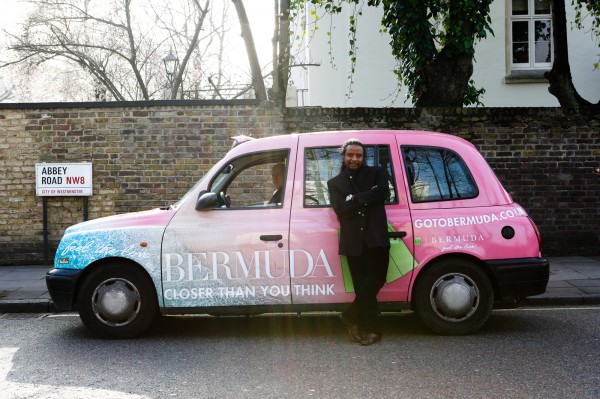 Bermuda will honour the memory of John Lennon this summer. Lennon sailed to the Island in the summer of 1980 and wrote songs for his final album, Double Fantasy—devotedly named after an island flower which captivated him during a tour of the Botanical Gardens. Throughout his extended stay on the Island, Lennon produced what were to be his last songs in a whirlwind burst of creativity including “Woman” and “Watching the Wheels”—before his murder in New York later that year.

30 years after his final album, The Island is honouring this remarkable man with the release of the Bermuda John Lennon Tribute CD and, to celebrate, they are creating a bank for PR images on the iconic Abbey Road which became one of the most famous streets in the world after featuring on the cover of the classic Beatles ‘Abbey Road’ album.

Reggae legend Maxi Priest, a regular performer in Bermuda, is recording ‘All my loving’ for the Bermuda John Lennon Tribute CD. Maxi Priest loves the song, and in knowing the history, by recording this song he is saying, “I’m sending ALL MY LOVING to John Lennon”. Priest will record the song at the famous Abbey Road Studios, and will walk in the footsteps of the famous Liverpudlian across the Abbey Road zebra crossing with the bright pink Bermuda Taxi in shot; in a tribute to Lennon blessed by his widow Yoko Ono.

Over 30 years on, John Lennon’s connections to the island are still strong, and for Lennon fans, 2012 promises to be a must-visit year.

Further tributes from Bermuda include the future unveiling of the John Lennon Sculpture by artist Graham Foster will take Masterworks Museum of Bermuda Art, The John Lennon travelling art exhibit including Lennon’s suite of lithographs, the release of  a book ‘Bermuda Fantasy: John Lennon’s Island Story’, the opening of the Double Fantasy Flower Garden in the Botanical Gardens featuring the freesia that captured Lennon’s imagination and inspired the album title, and an evening concert featuring the music of John Lennon, in the Bermuda Botanical Gardens. 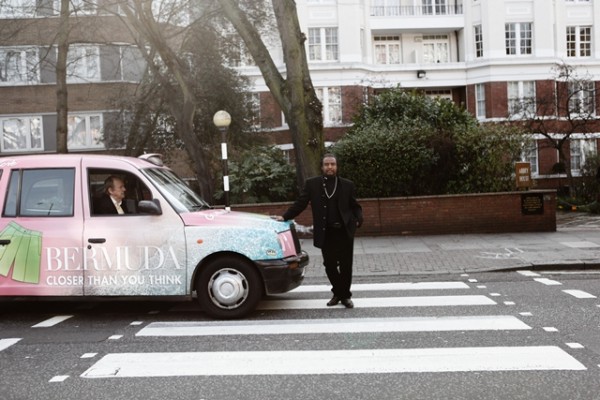