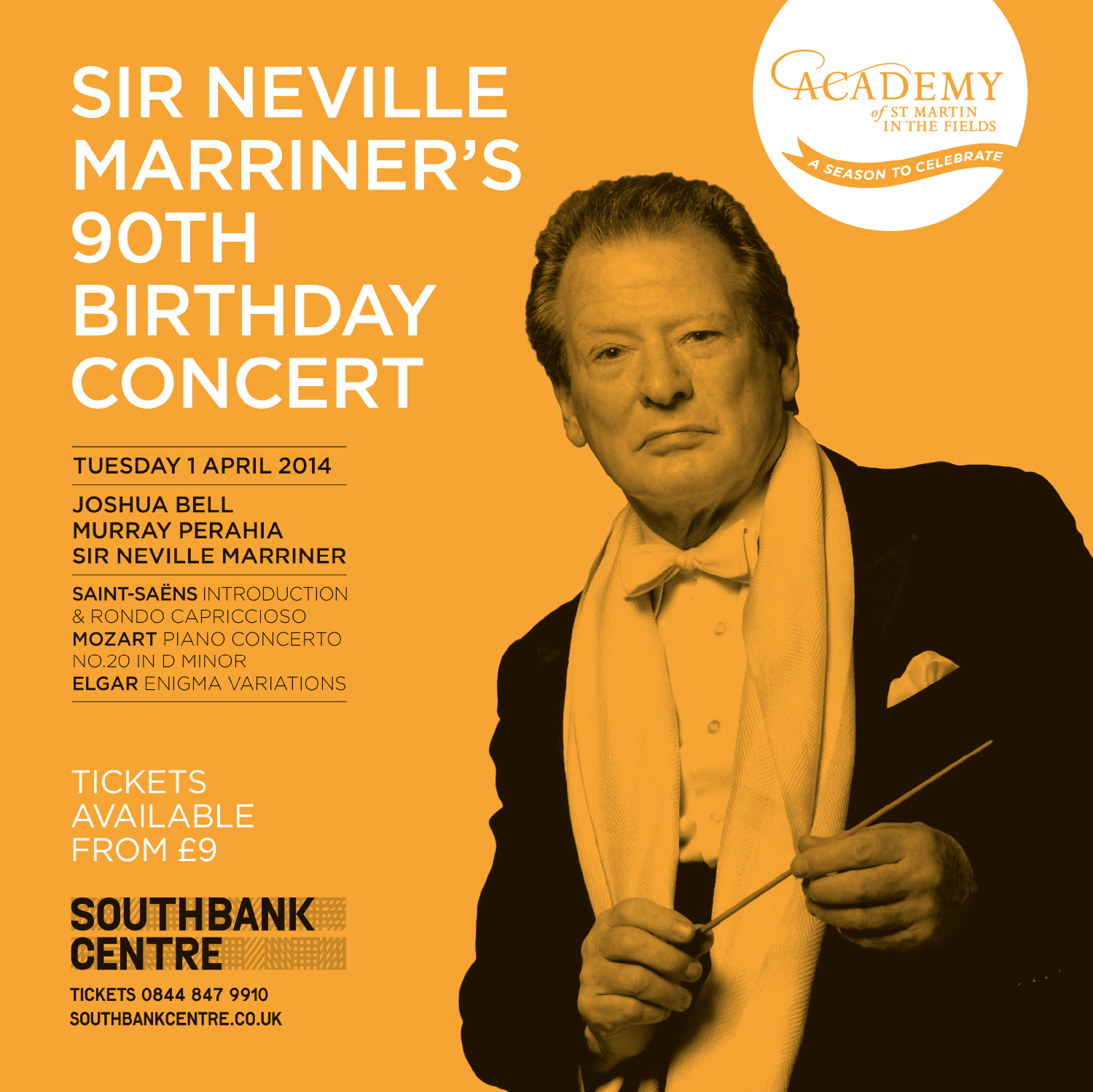 The Academy of St Martin in the Fields is working with rail advertising specialists Transport Media as part of their marketing strategy to promote their upcoming concert at London’s Royal Festival Hall.

Rail panel adverts will be displayed on First Capital Connect and First Great Western trains from the March 10th in a two week campaign.

The concert is being held at the heart of London’s Southbank Centre for Sir Neville Marriner, in celebration of the founder member and life president’s 90th birthday.

The sleek and stylish promotional campaign features an image of Sir Marriner, alongside ticket, event and contact information.

“Running this campaign on two of the UK’s most significant rail networks will gain widespread coverage for the concert by reaching tourists and commuters alike, and we are pleased to be working with the Academy of St Martin in the Fields in promoting such a momentous event.”